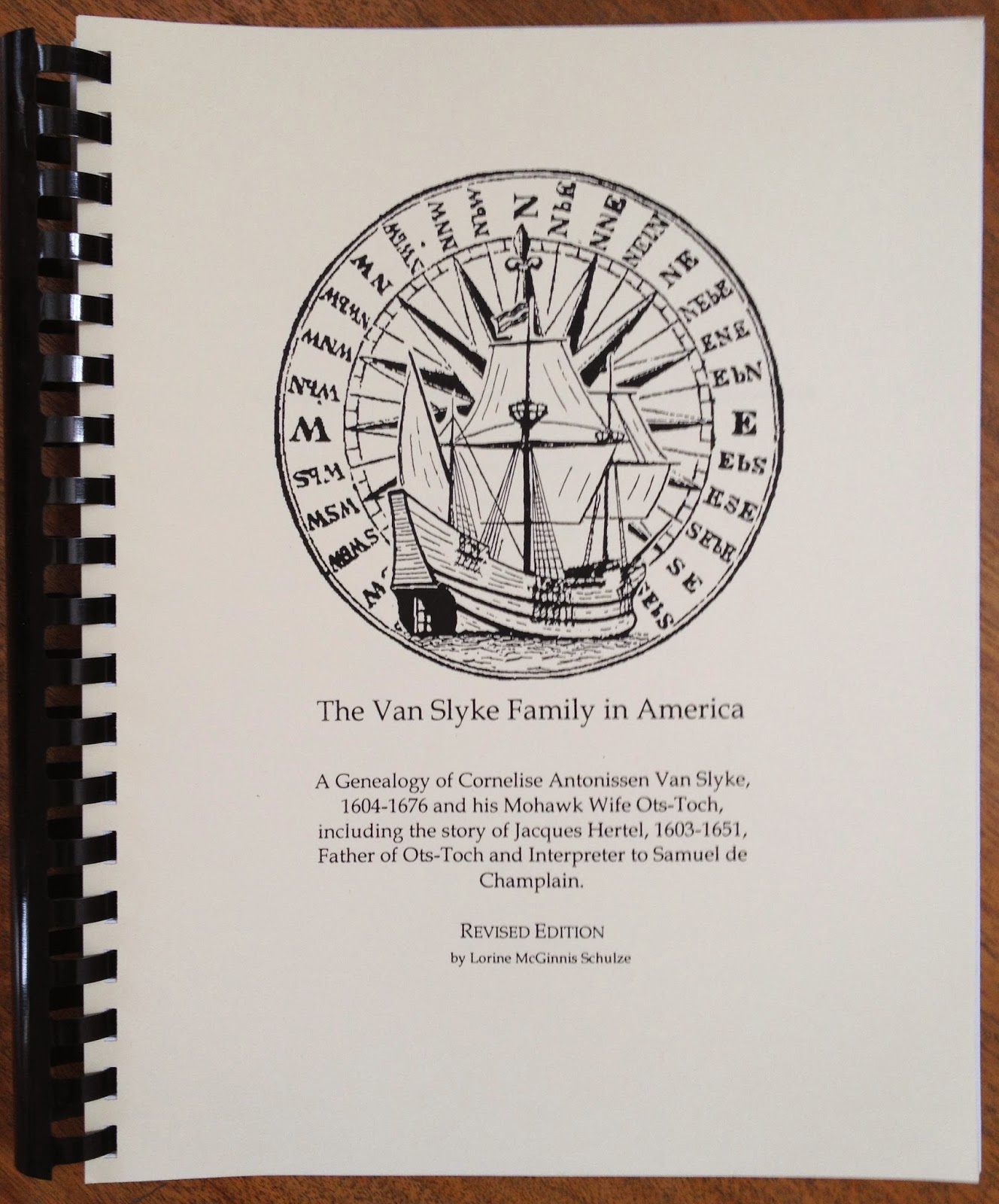 
I believe that my family could be a descendent of the Vanslyke  Family . My Great grandmother was Edith Vanslyke and she did in 1900 giving birth to my grandmother. They were from the Rome, itica area. Edith  Married Franklin Henry Batchelor (Bathcheller). Name change. Also From Rome N.Y. If there is  any correlation to this  I would appricate anyinfomation that you may have or pictures if that is the case.

Although I have written 3 books on the Van Slyke family, I do not have Edith in my database as she is not far enough back in time. My books start in the early 17th century and end in the early to mid 19th century.

But I decided to have a quick look on Ancestry to see if I could find a bit more on Bill's great grandmother Edith Van Slyke. The 1900 census for the Bronx New York reveals her name was Edith M. Van Slyke and she was born ca February 1864 in New York. [Ancestry.com

Edith and Franklin were married circa 1883 so she should be found in the 1880 and 1870 census records. Since I had her death year I looked on FindAGrave and found her burial in Rome, Oneida County New York. She is listed as Edith Marie Van Slyke, daughter of Elias E. and Mary Van Slyke.

Following Elias Van Slyke, born ca 1838 in New York, we find him with his parents Sylvanus Van Slyke and Maria living in Whitestown Oneida New York in 1850 and Rome New York in 1860. Sylvanus was born ca 1813 and in the 1850, 1860, and 1870 census he is recorded as a shoemaker born in New York. However the 1880 census puts his place of birth as Pennsylvania.

My books on the Van Slyke family are available as:


The Van Slyke Family in America: A Genealogy of Cornelise Antonissen Van Slyke, 1604-1676 and his Mohawk Wife Ots-Toch , including the story of Jacques Hertel, 1603-1651, Father of Ots-Toch and Interpreter to Samuel de Champlain REVISED EDITION published 2010. 287 pages. 8.5x11, coil bound.

Add comment
Load more...
Newer Post Older Post Home
Subscribe to: Post Comments (Atom)
Send your genealogy queries to AskOliveTree@gmail.com
Please note: I reserve the right to edit your query as I see fit, and to use only your first name on this blog. I also reserve the right to pick and choose the queries I answer. No anonymous queries please, you must include your name